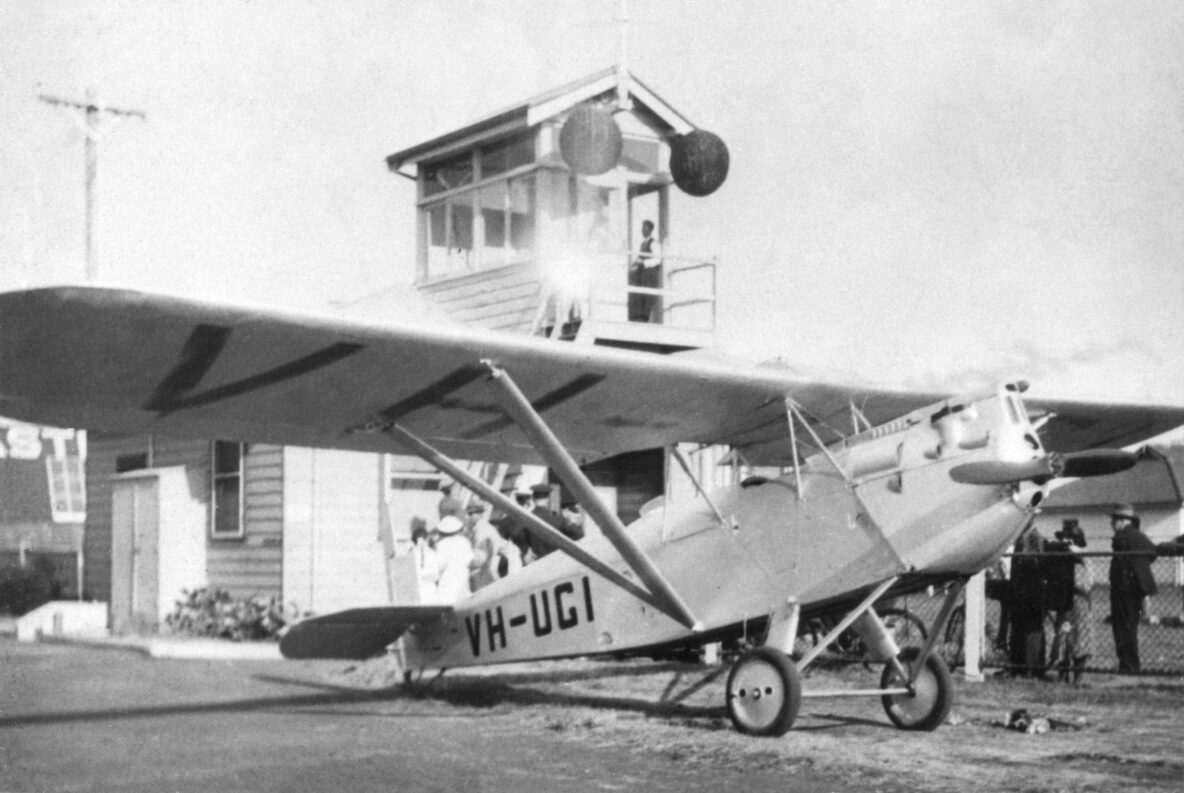 In 1921, former military servicemen created the first Australian domestic airlines. One of these was the “Queensland and Northern Territory Aerial Service”, which still exists today as Qantas.

Airline operations in those days were rudimentary affairs. The aircraft were based on WW1 designs, constructed of wood and fabric, and with low performance and payload. Aerodromes were basic, meteorology was in its infancy and navigation aids were non-existent. While the new airlines clearly demonstrated their worth within the vast territory that is Australia, it is not surprising that over the next fifteen years a number of highly publicised accidents highlighted serious shortcomings.

The aerodromes near the larger cities became quite busy. Being all-over grass fields, it sometimes occurred that pilots used conflicting directions for take-off and landing. This had inevitably resulted in a number of collisions on and near these aerodromes. Airline operators and the government realised that aviation would not reach its full potential as long as people did not have confidence that they would be able to travel safely.

To bring order to the growing chaos, the government appointed the first Aerodrome Control Officers (ACOs) at Brisbane/Archerfield, Sydney/Mascot, Adelaide/Parafield and Melbourne/Essendon airfields in 1937. This marked the start of formal air traffic control service in Australia.