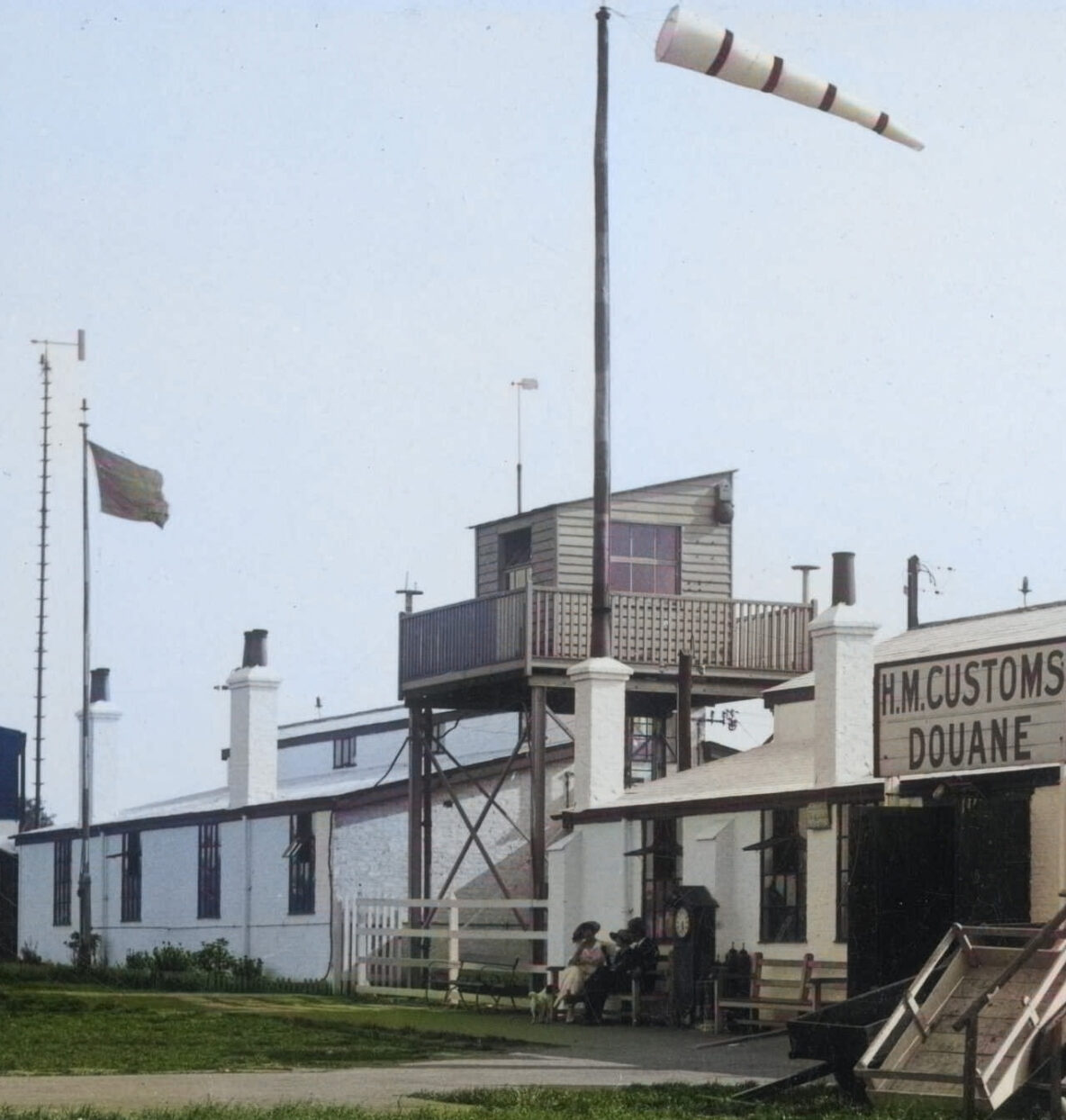 Located 15 km south of London, Croydon aerodrome was established as a part of the air defence of London in December 1915. Aircraft stationed at Croydon defended the city from Zeppelin air raids in the second half of World War I. On 29 March 1920, Croydon Aerodrome took over the role of the Customs Airport of London from Hounslow Aerodrome.

One month earlier, on 25 February, a request was made to the UK’s Air Ministry for the erection of an “Aerodrome Control Tower” at Croydon. The square platform of the tower was to be 15 ft (5m) above ground level and at least 10 ft 6 inches wide. An 8 x 8 ft “hut” in the middle of the platform would leave space for a railed gallery. It had to have large windows, including blinds and a wind-vane on top that had an indicator inside the hut.

Whilst modest by later standards, the raised wooden building allowed for the airport’s manoeuvring area to be overseen. Civil Aviation Traffic Officers, CATO’s managed and administered flights arriving and departing the aerodrome. Initially, communication with aircraft was carried out by assistants using flags and, when night flying was introduced, signal lamps. Over the years, the initial construction was expanded until 1928, when a new terminal building was opened with a spacious new control tower on top. Even if the airport is long gone, the building is still there and the former tower houses a small museum that shows the early days of ATC!