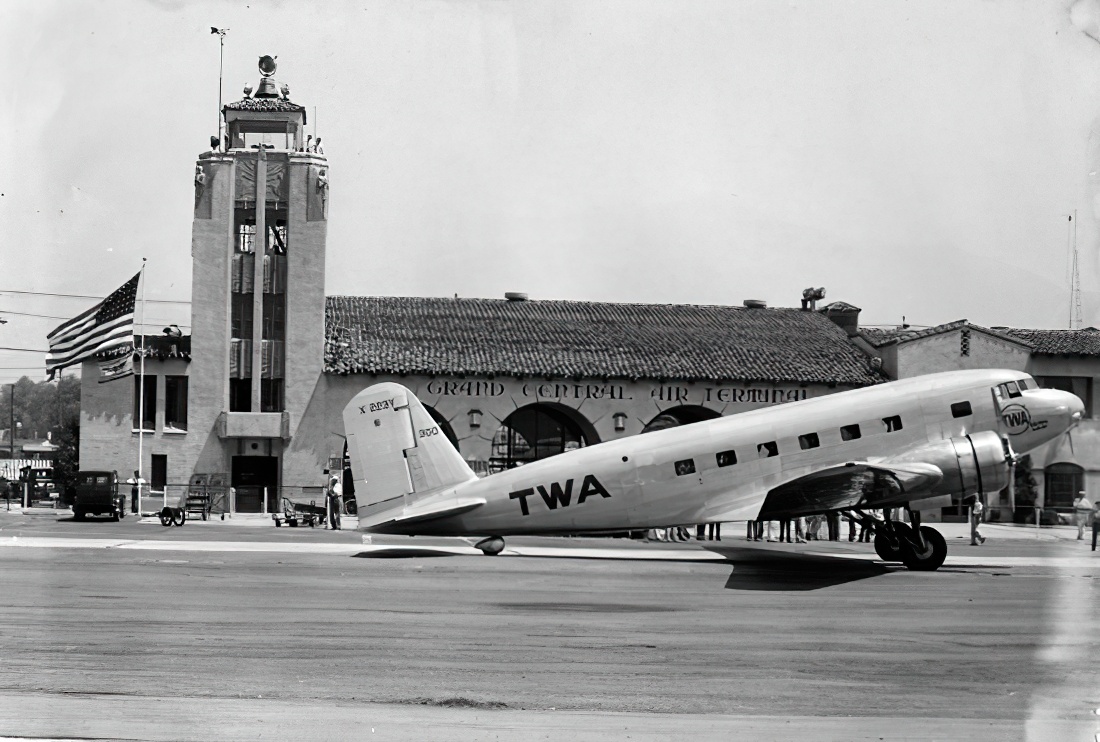 Following the 1931 crash of a TWA Fokker F.10 Trimotor, in which a wooden wing failed, the Aeronautics branch of the U.S. Department of Commerce placed stringent restrictions on the use of wooden wings on passenger airliners. Boeing introduced the all-metal 247, a twin-engine, but their production capacity was reserved to meet the needs of United Airlines. TWA asked five manufacturers to bid for designing a three-engine, 12-seat aircraft of all-metal construction, capable of flying 1,080 mi (1,740 km) at 150 mph (242 km/h).

Douglas Commercial, led by Donald Douglas, doubted that they would be able to sell enough aircraft to cover the development costs (later estimated at $325.000). They nevertheless submitted a design that exceeded the specifications of TWA even with only two engines, principally through the use of controllable pitch propellers. It was insulated against noise, heated, and fully capable of both flying and performing a controlled take-off or landing on one engine. The prototype made its maiden flight on July 1, 1933. During a half-year of testing, it performed more than 200 test flights, outperforming other airliners at that time like the Ford and Fokker Trimotors. The DC-1 flew across the USA on February 19, 1934, making the journey in the record time of 13 hours 5 minutes. TWA accepted the aircraft on 15 September 1933 with a few modifications (mainly increasing seating to 14 passengers and adding more powerful engines). The production model was renamed the DC-2, of which 198 aircraft would be built between 1934 and 1939.

The sole DC-1 prototype was sold a few times and ended up in Spain in 1938. Unfortunately, it crash-landed as an Iberia flight in Malaga in 1940.