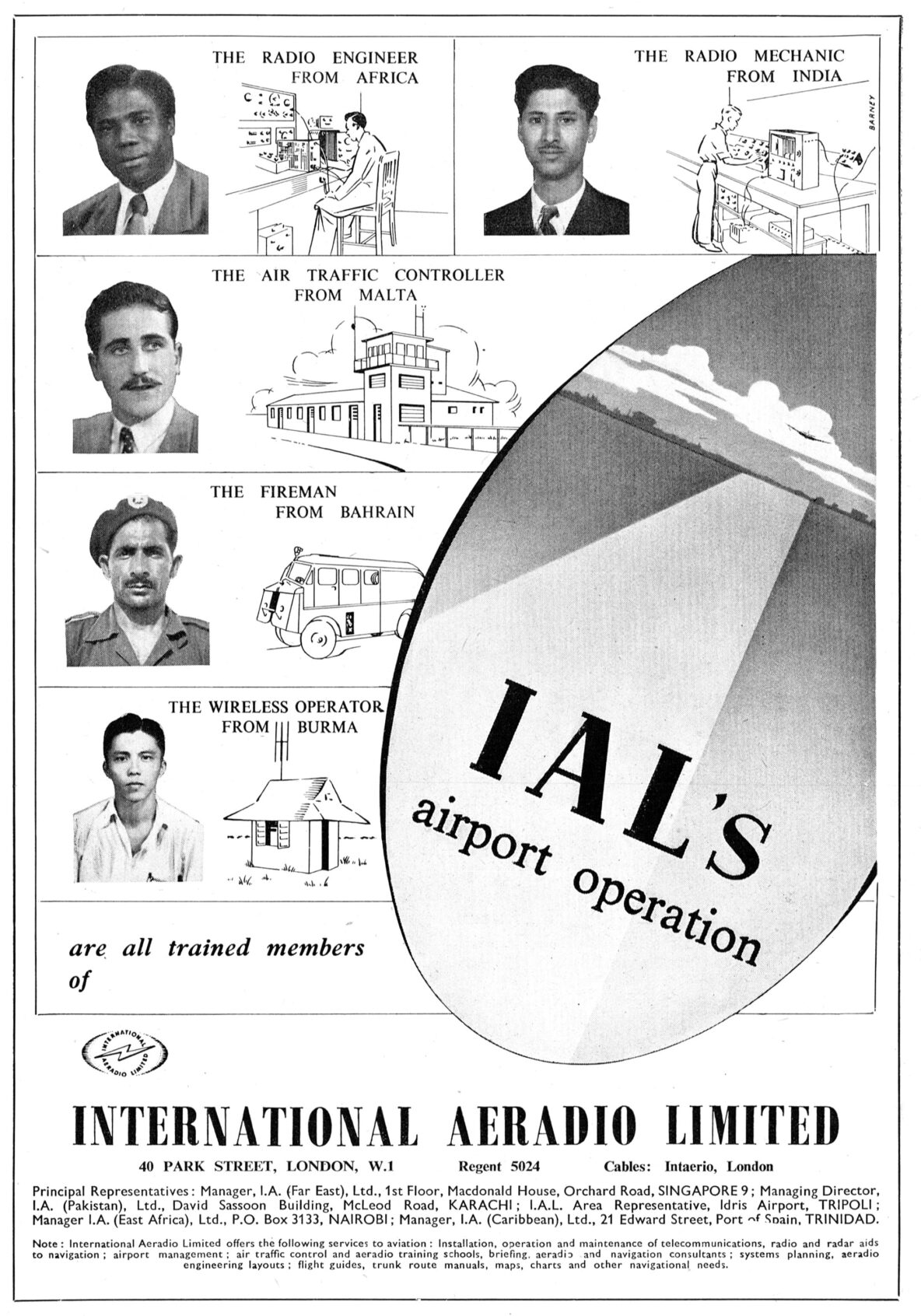 In 1947, four major UK airlines formed International Aeradio Limited (IAL) to provide ground communications and navigation services along the routes they served. It was mainly targeted toward the fast-developing civil air routes between Europe, the Middle East, the Far East and Africa. The company quickly expanded to providing air traffic control services in the years thereafter.

During the 1950s, IAL quickly grew and at its peak in the 1960s, it had 16 subsidiary or associate companies. These operated from Tokyo and Fiji in the East to the Caribbean and South America in the West. In all, IAL operated at some 124 locations in 58 countries with a total staff of over 3.000. The two main shareholders were British airlines BOAC and BEA but most of the large international airlines of that time, including PanAm, Air France, Swissair, Sabena, Lufthansa, Air Canada, Qantas, etc participated and were shareholders.

To train its staff, IAL established its own ATC school in Southall, near London Heathrow in 1958. It is believed that it was the only non-state ATC school in the world at the time. The school was equipped with simulators for both procedural and radar control. In 1974, the school moved to Kidlington near Oxford airport and was enlarged and renamed IAL College of Air Traffic Services. In 1992, SERCO, a private company that offers a large range of public services to governments around the world, acquired IAL. Ten years later, IAL Ltd was formally dissolved in the UK though some subsidiaries continue to use the name.