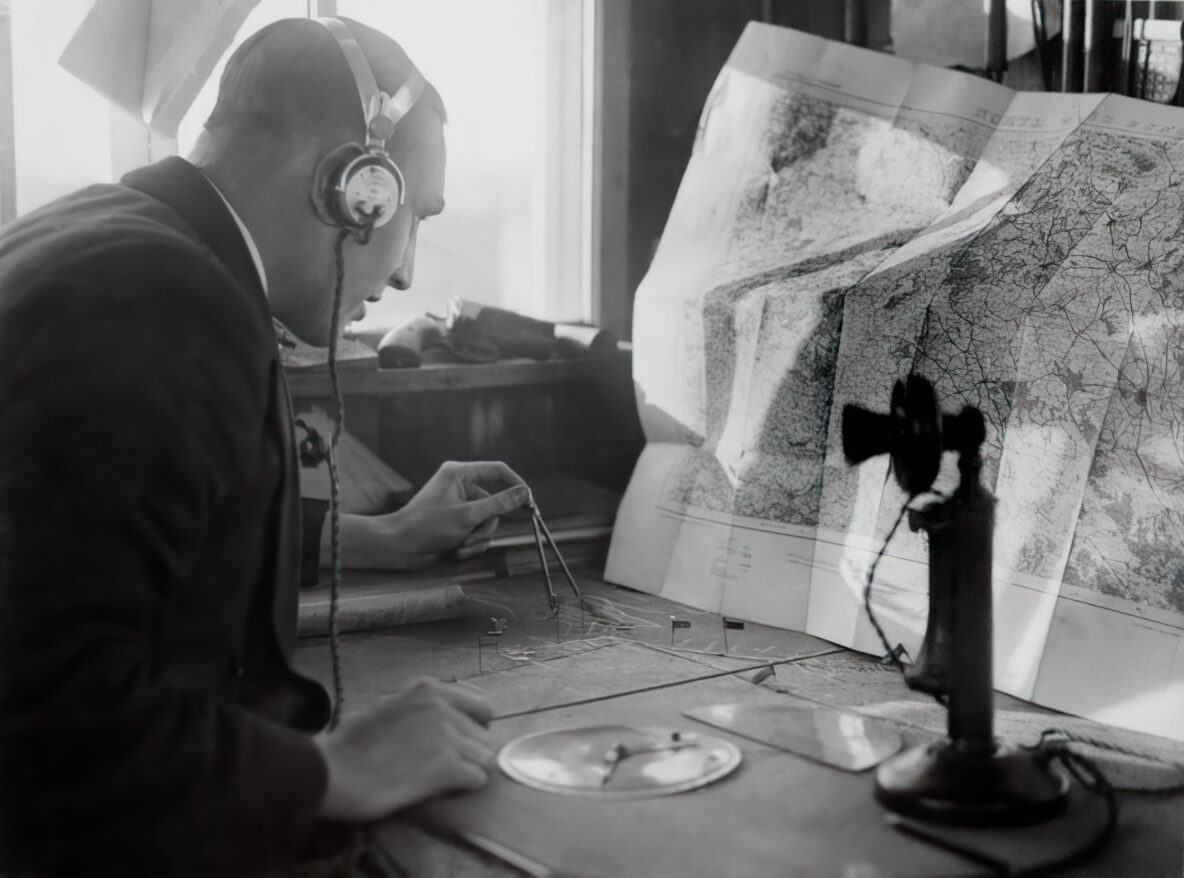 After leaving the Royal Naval Air Service, Jimmy joined the Air Ministry and was posted to Croydon airport as a radio operator. In 1922, Jimmy became a Civil Aviation Traffic Officer (CATO), who were responsible for directing traffic from a rudimentary control tower at the airfield. He is credited with developing many of the early procedures and methods for monitoring aircraft positions and keeping them separated, including the use of strips to keep track of flight progress.

Jimmy was responsible for setting up air traffic control services at many of the UK’s airports, including Glasgow, Manchester, Belfast, Liverpool and Gatwick airports. In 1937, he opened the National Air Traffic Control school in Heston as chief instructor. During the second world war, he was responsible for co-ordinating trans-Atlantic and trans-Sahara air routes. After WWII, Jimmy was appointed airport commandant at Prestwick in 1950. In 1957, he became Heathrow airport commander, a post he held until his retirement in 1960.