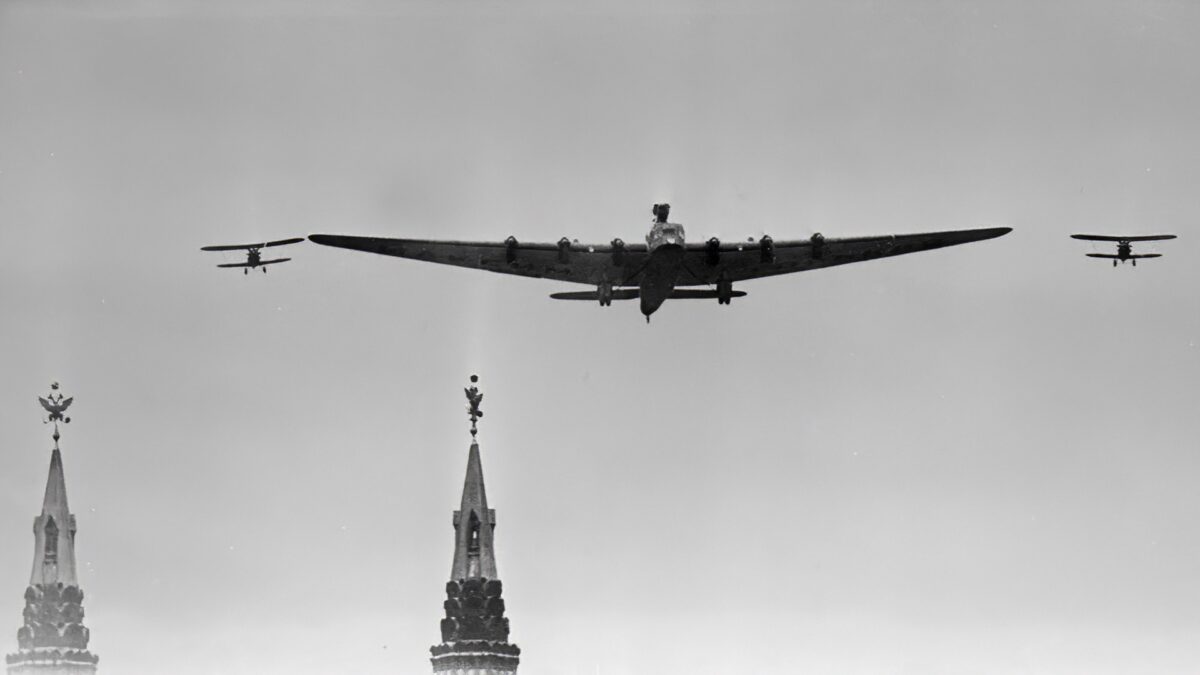 Despite its name, the Russian ANT-20 “Maxim Gorky” was designed by Andrei Tupolev. Construction began in 1933, with the first flight on May 19th 1934. Until 1941, it held the record of the largest aircraft in the world. Its wingspan (63m) was wider than that of a classic Boeing 747 (59m). Powered by six main piston engines and a double-engine pod on top of the fuselage, its maximum take-off weight was 53 tonnes. Like many other Soviet aircraft, it could be dismantled and transported by railway.

The main purpose of the ANT-20 was as a propaganda platform. It had its own powerful radio station (dubbed “The Voice from Heaven”), a printing office, a photo lab and a movie theatre. Combined with dropping leaflets and parachutists, it was very effective for distributing Soviet propaganda.

On May 18th 1935, it was destroyed following a collision with a bi-plane, which was looping around it during a flight over Moscow. In total, 45 people were killed, including nine people in the residential area where the debris came down. A replacement ANT-20 was built in 1938, operated by Aeroflot. This also crashed in 1942, when the autopilot disengaged after the pilot had let a passenger take the controls. Plans to build additional airframes had to be abandoned following Stalin’s purges, as there were not enough qualified engineers to restart production.