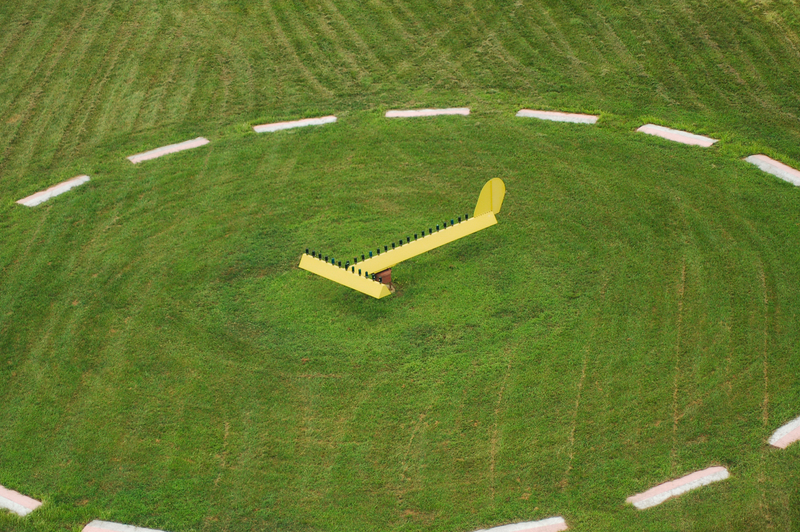 One of the very first tools to provide information to aircraft from the ground was to indicate the direction in which they should land. Dating back to 1910, this information was particularly relevant, as surfaced runways would come much later. The landing “T” rotates to indicate wind, obstacles, or inclination/slope of the landing area.

Prior to WW1, each country had its own system. The British for instance operated a landing “L“ to indicate wind direction. The shorter leg of the “L“ was 90 degrees perpendicular to the wind direction. The French used a “T”, which represented an aircraft silhouette. It was the CINA Convention of 1919 that established the “T” as the internationally recognized landing signal. When ICAO was established in 1945, it adopted the design, which is still in use today in all parts of the world. Not unusually, the USA is an exception, as they adopted a system called the “segmented circle”. It is a combination of a windsock and 2 “L”s, indicating the direction of the traffic pattern. The design still in use today at their uncontrolled airfields and is one of the favourite trick questions in the FAA’s PPL exams.